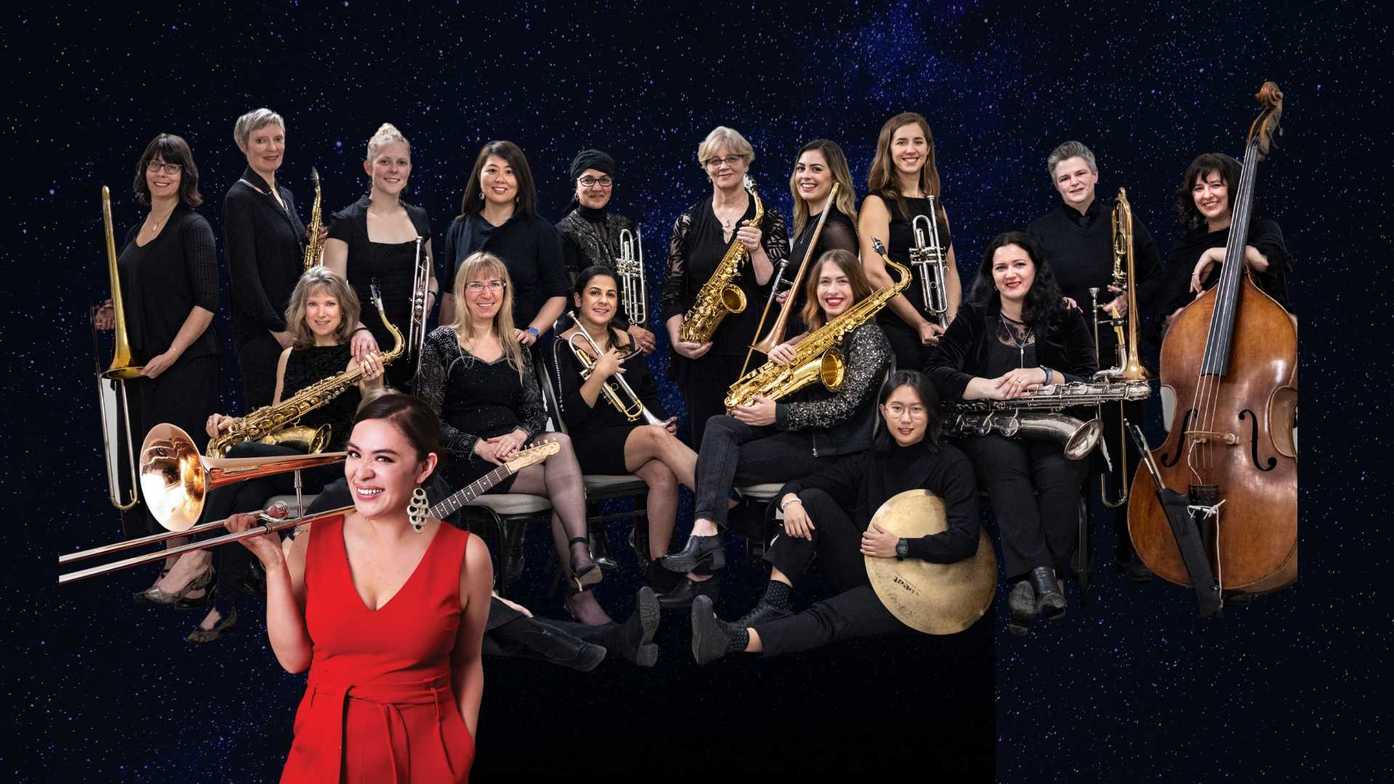 Save to your Calendar

Directed by Christian Morrison, this performance will feature award-winning trombonist Audrey Ochoa with the powerhouse 18-woman Sister Jazz Orchestra. This straight-ahead jazz celebration shines a light on female writers who have influenced the past 9 decades of jazz, including five exciting newly-commissioned works for the band by emerging writers.

Be sure to bring the girls and young women in your life to see some serious female power!

PJ Perry describes Audrey as “a real talent,” and mentor and trombone master Hugh Fraser described her as “an inspired artist that embodies the talent, inspiration and focus to make a major contribution at the highest level.” Having worked with or shared a stage with jazz legends like Chris Potter, Marcus Miller, Hilario Duran, PJ Perry, and Tommy Banks, Audrey has also played with international musicians like Lew Tabackin, Dan Akroyd and the Temptations.

Audrey has found a home in composing her own tunes that often have a Latin feel, and definitely convey her sense of humour. She released her debut album “Trombone and Other Delights” in 2013, and a second album “Afterthought” in 2017. In January 2020, Audrey released her third album, “Frankenhorn”. The album has been played extensively on jazz radio across North America (#1 in Canada and #1 in the US the same week in March 2020). She was featured in Downbeat Magazine, All About Jazz, Canadian Musician, SOCAN Words & MusicOnline, WholeNote and the Edmonton Journal.

This performance is generously sponsored by Pigott Properties Group.